It was a machine built for war. Its entire life had only known the dusty roads of the Middle East. A beast on four wheels, it was responsible for the lives of its camouflaged human cargo packed inside. It did its job well, almost too well.

It wasn’t meant for a civilian life, but it was coming to America’s streets anyway and would become the most awe-inspiring—and the most controversial—SUV ever made. Its ecological sins would ultimately lead to its demise, but a major automotive revolution would resurrect it as something else entirely.

This is the story of the Hummer. 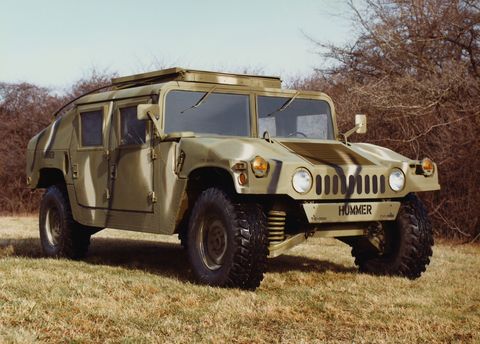 By the late 1970s, the U.S. military needed to replace its traditional jeeps and its other light tactical vehicles with a new breed of machine that could do it all. And in 1979, the Army came up with specs for something bigger—much bigger—than Willys Overland’s original machine.

Called the High Mobility Multi-Purpose Wheeled Vehicle (HMMWV or simply Humvee), the proposal would kickstart a competition for the military’s next do-anything workhorse. The preliminary design work began that year with the first engineering prototype vehicle completed by July 1980. Two years later, AM General delivered 11 prototypes to the Army in competition with other prototypes from General Dynamics and Teledyne.

AM General would be the eventual winner with the Pentagon selecting its prototype in March 1983. Playing with the HMMWV moniker, AM General called its muscle-y beast a “Hummer.” The Pentagon was so impressed, they decided to snatch up 55,000 of them immediately. 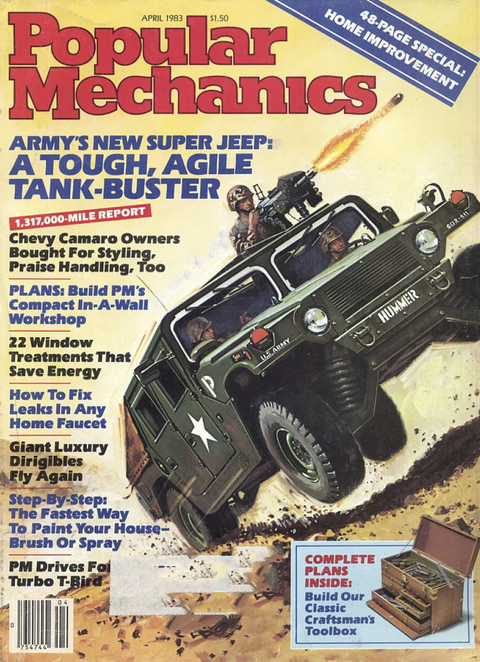 AM General’s creation was a true, do-anything vehicle—just what the U.S. military had ordered. The Humvee could clear a 16-inch obstacle under its lowest point, tackle a 5-foot deep body of water (with the proper fording kit), and traverse side slopes that would make traditional 4X4s topple over. And the Humvee could do all this while carrying a tremendous 2,500-pound payload. 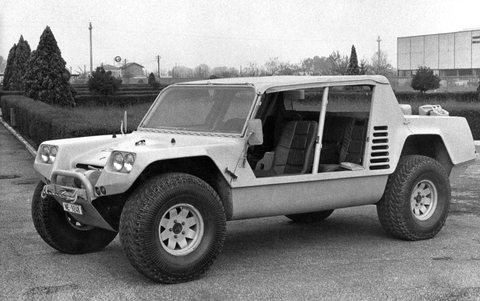 AM General wasn’t the only company eyeing a lucrative U.S. military contract in the late 1970s. Lamborghini wanted a piece of the action, but instead of doing all the heavy lifting itself, the Italian supercar builder farmed out some of the tech for a light tactical vehicle to Mobility Technology International (MTI) in San Jose, California.

The vehicle, known as the Lamborghini Cheetah, was up for the same contract as the Humvee. It shared a similar look as well as a four-wheeled independent suspension. Its design was right out of a G.I. Joe toy commercial. But instead of a ferocious Lamborghini V12, the two-wheel drive Cheetah used a 180 hp 5.9-liter Chrysler V8 mounted in the rear (like a classic dune buggy) and mated it to a three-speed automatic.

Lamborghini exhibited the Cheetah proudly at the 1977 Geneva Motor Show. But financial and legal troubles—for both MTI and Lamborghini—doomed the Cheetah. Why? Well, they allegedly borrowed design elements from an earlier military prototype, the 1972 FMC XR311.

Lamborghini soon sold the Cheetah prototype to Michigan-based military contractor Teledyne. Teledyne reportedly built four more prototypes in order to continue the military bid process, but the Cheetah’s performance couldn’t match the Humvee’s capabilities. In the 1980s Lamborghini would build its own production off-roader, the LM 002, which aped some the Cheetah’s style but used a big beastly Lamborghini V12 up front and four-wheel drive.

Ten years ago, the original Cheetah prototype was located on a farm in Michigan by Lamborghini dealer Roy Cats. The Cheetah was being used as a farm run-about. Cats bought it and spent about $300,000 restoring the vehicle with input from former MTI employees.

It now lives at the Lamborghini museum in Bologna, Italy.